We use cookies to make your experience better. To comply with the new e-Privacy directive, we need to ask for your consent to set the cookies. Learn more.

We discovered nearly a quarter of us (24%) abandon our flat-pack furniture projects before completion! 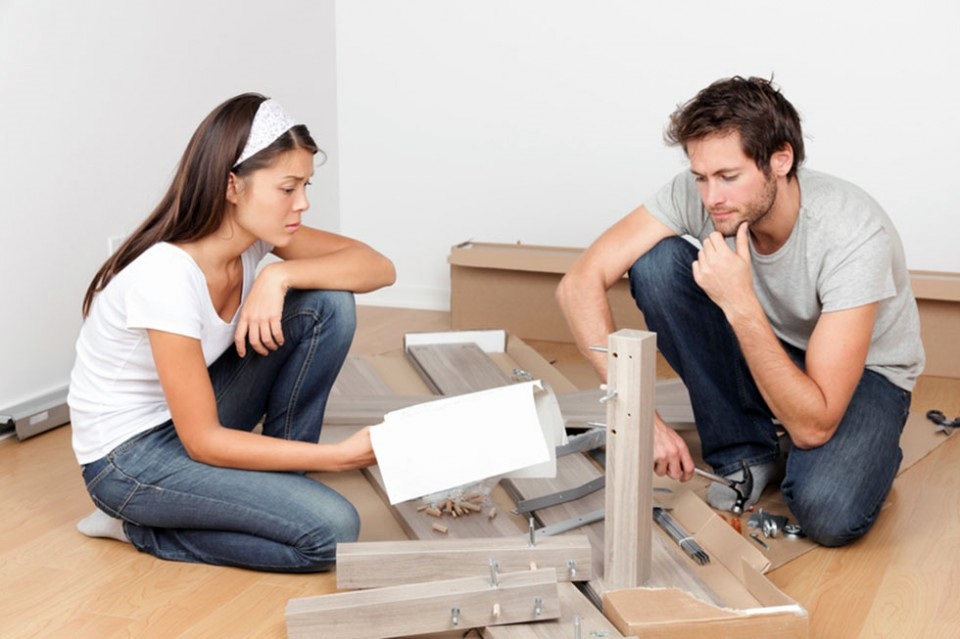 West Midlanders are the clumsiest, with 18% sustaining an injury during the completion of a flat-pack furniture project

Have you ever received a piece of furniture as a Christmas present? Maybe you’ve spent Boxing Day wrestling with that new bed frame your parents gifted to you, or that new bookcase to display all your lovely gifts?

We all love to save some money – but how much do we really sacrifice or save by opting for the cheaper flat-pack furniture option? Many of us choose to build our own furniture, but are we really getting a better deal when it comes to time, money and personal DIY skills?

The ‘flat-pack vs solid pre-built furniture survey’, commissioned by Oak Furniture UK, highlighted the amount of time, money and injuries sustained when committing to a piece of flat-pack furniture. With an increasing number of handyman services born from flat-pack furniture, including both pickup and flat-pack construction services, you may end up forking out as much for flimsy goods as you would for a piece of solid furniture.

We learned that the older generation tend to read the instructions much more than the younger end, out of those surveyed.

Those in the East Midlands seem to have the poorest DIY skills, with almost 20% of them experiencing a furniture collapse of malfunction shortly after assembly.

So, do we really get what we pay for, when 35% of us have found that flat-pack furniture could not be completed due to missing parts?

It became apparent that we spend around 3 to 4 hours, on average, building each piece of furniture. 64% of people have purchased between 1 and 6 pieces of flat-pack furniture in the last two years, meaning that people are losing up to 24 hours a year constructing furniture – just think of all the things you could be doing with that extra day?!

Accidents happen – but when trying to strategically build, keep pieces and screws organised and read instructions all at the same time, you can’t help thinking, is this worth it? East Anglian citizens tend to be the most cautious – or lucky? – with only 6% sustaining an injury during the construction of a furniture piece. West Midlander’s are the most accident prone, with nearly 18% getting a bump on the head – closely followed by the Scots and the folks in Yorkshire getting into a scrape or two at 15%. Nearly 18% of UK flat-pack projects have been abandoned due to heated arguments between friends and couples – 33% of those residing in Northern Ireland admit to having a bust up over the assembly (or non-assembly of a product. Others admitted to ‘needing help from someone with a better understanding (of flat-pack assembly) to help’, struggling with ‘Foreign instructions’ and ‘realising they were totally cack-handed’.

When it came down to it, 75% of people across the UK admitted they favour solid and pre-assembled over flat-pack furniture. 83% of over 55’s preferred solid furniture in comparison to 56% of 18-24’s, with the remaining 44% preferring flat-pack or either option. This could very well be a reflection on lower income and more time available to spend on such projects. 89% of those in the North East prefer solid furniture – with those residing in London and surrounding boroughs having the highest preference for flat-pack furniture – at nearly 11%. With space at a much higher premium in the capital, it’s no wonder that residents there are opting for the cheaper, more malleable flat-pack furniture option.